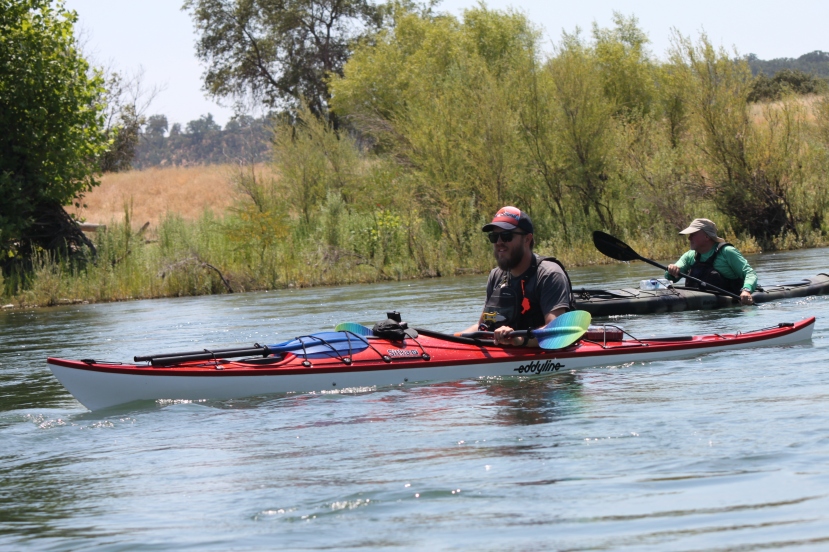 The new Eddyline Sitka Family of kayaks consists of the Sitka ST ($1999), Sitka LT ($2199) and Sitka XT ($2399). All of these touring models are outfitted with Eddyline’s Infinity seat with backrest, skeg and fully touring features like perimeter lines, day hatches (LT/XT) and Fore hatches (LT/XT).

The new Eddyline Sitka LT is 14’6″ long with a 23.5″ beam. I had a chance to paddle it extensively in July and feel the boat is wonderfully balanced in all conditions. I found little need for the skeg at my 165lbs but it was nice to know it was there. The new cockpit size gives me a more generous fit than the Samba (now Sitka ST) and the Fathom LV which were are boats I use frequently. Bryan from Headwaters Adventure Company in Redding CA paddled the Sitka fully loaded on the Sacramento River. His 6’1″ frame was perfect in it. He had no problem keeping up with the other 16-17′ touring models on the trip. Here’s the LT fully loaded sliding into light current: 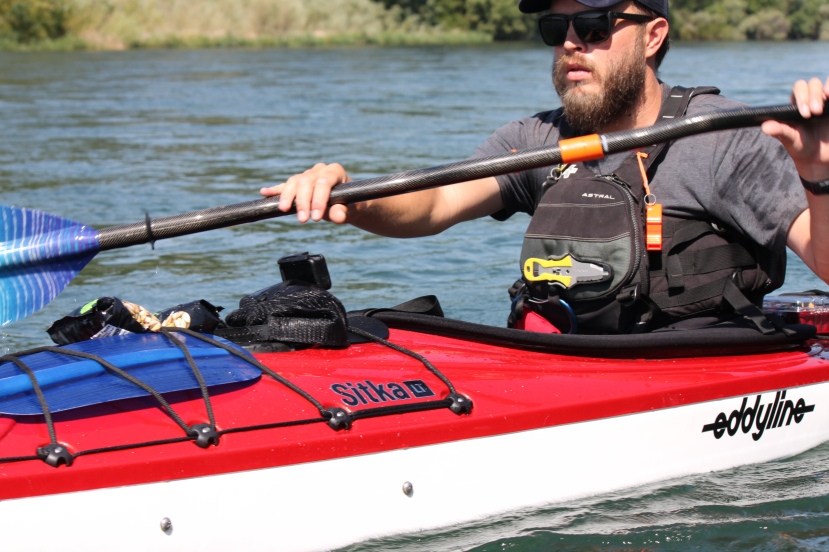 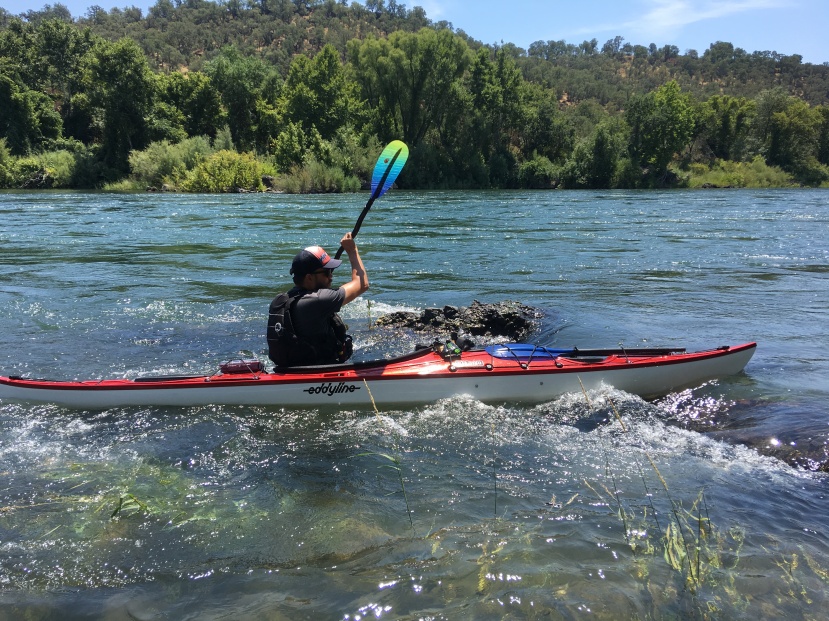 Nick paddling the Sitka LT unloaded. Nick is about 6’3″ and 170lbs. Long legs have him a bit choosy about what works. No problem in the LT: 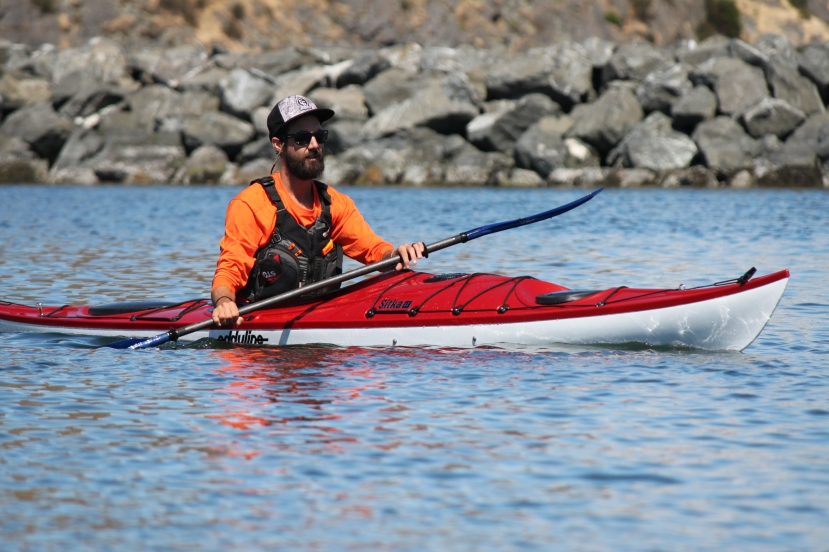 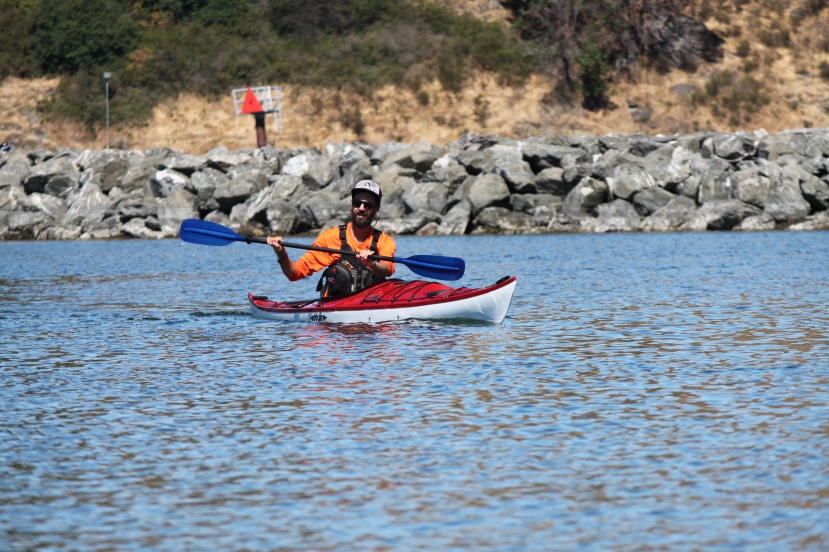 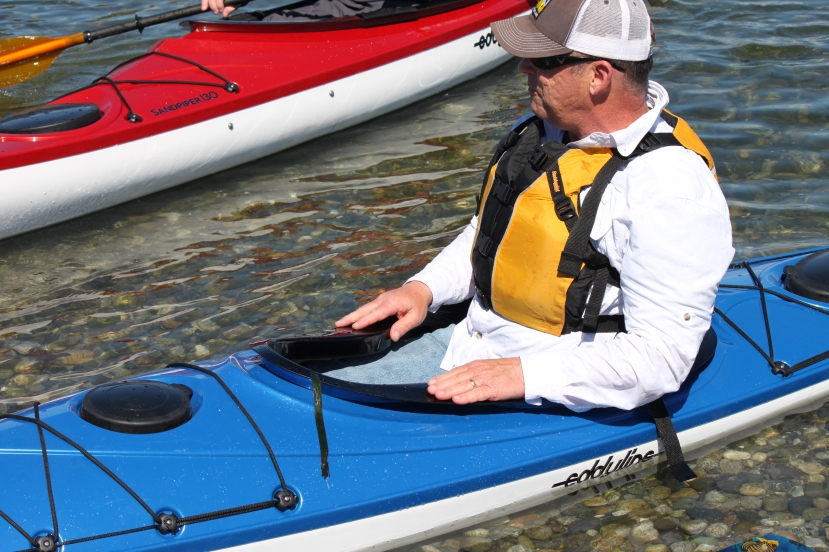 Here is our midwest rep, Rick Thompson, in the Sitka LT. Rick has the body builder’s physique at about 5’10” and seemed right at home in the Sitka LT’s new keyhole cockpit size. Larger than the Fathom series cockpits. The 6″ foredeck hatch will be on the Sitka LT and Sitka XT.

You can see more examples of the fit of the Eddyline Sitka Series by Clicking Here. 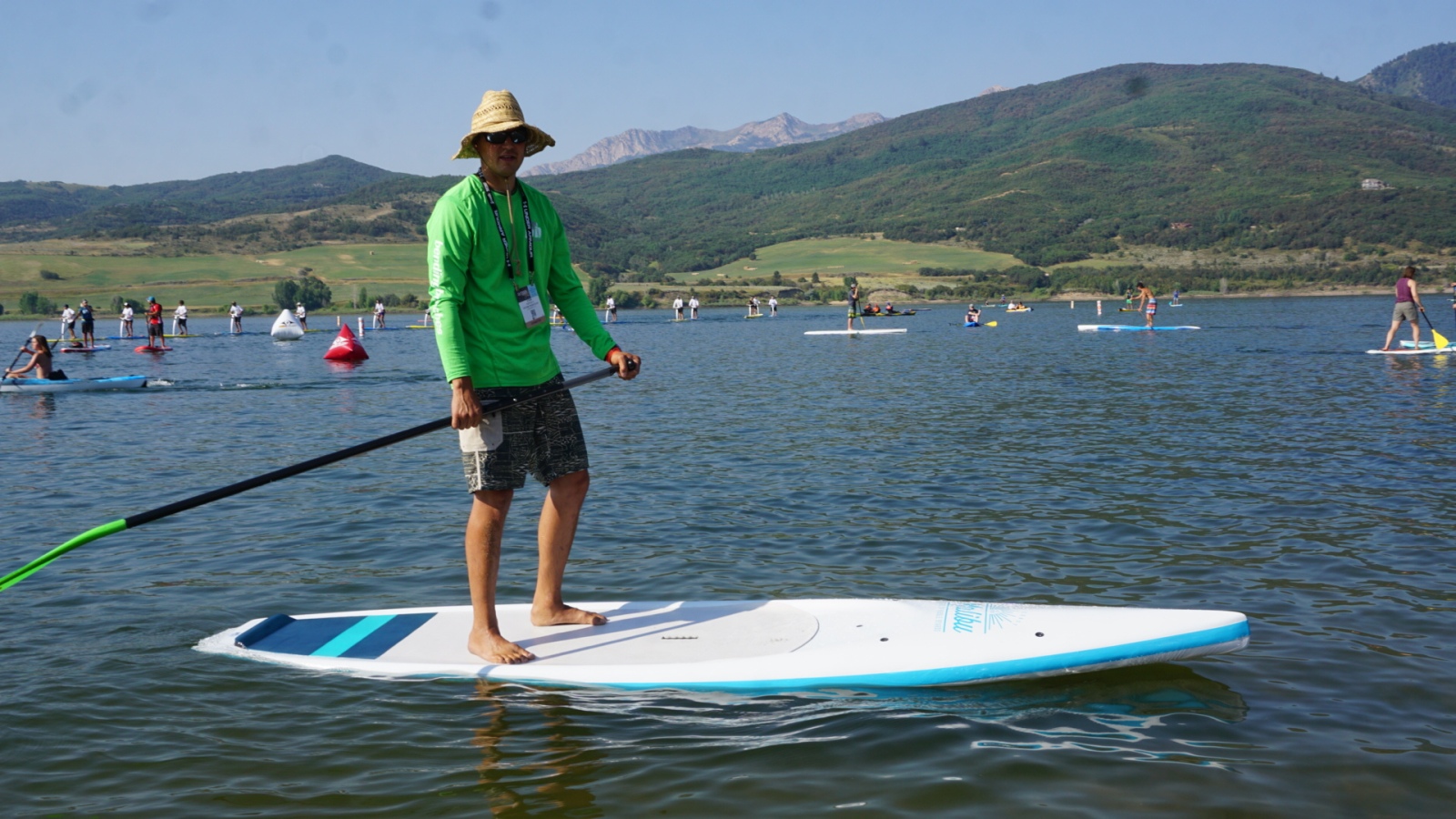